EJ-260 is a green emitting plastic scintillator that has been formulated for use where longer wavelengths are advantageous for purposes of light piping. The green fluorescence is of short enough wavelength and the scintillation efficiency is high enough for successful use with conventional blue sensitive photomultiplier tubes. The light output data presented in the table were determined with a flat response photodetector and would be approximately one half that level for a typical bialkali photomultiplier tube. 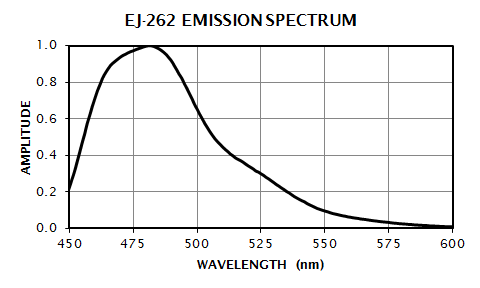