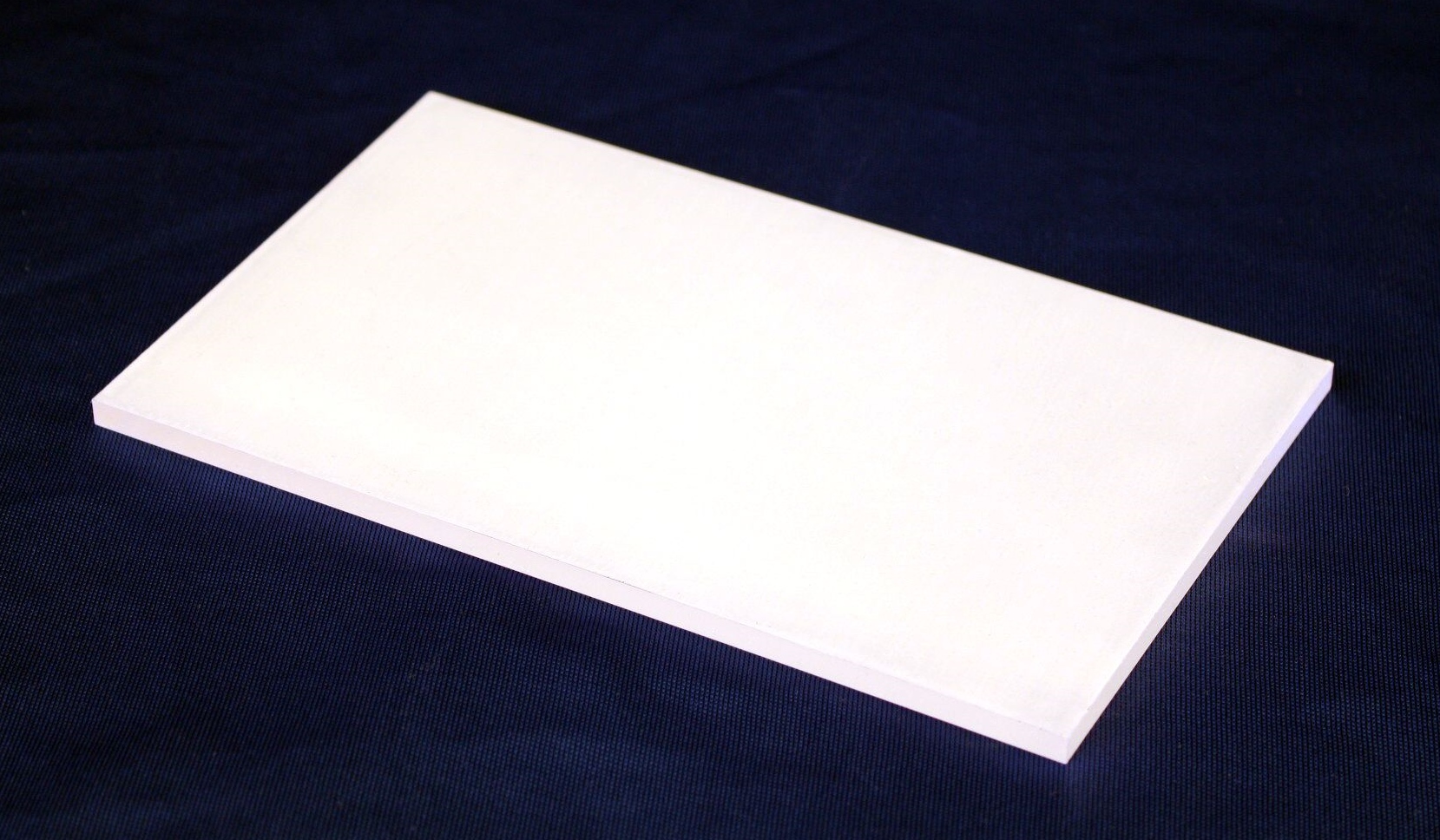 EJ-444 consists of a thin piece of EJ-212 plastic scintillator with a layer of silver activated zinc sulfide phosphor (ZnS:Ag) applied to one side. The primary use of EJ-444 is the detection of alpha and beta particles in health physics instrumentation. A non-coated plastic scintillator may also be used for this purpose, but the amplitudes of the alpha and beta pulses are sufficiently similar to make it difficult to separate the two by simple counting electronics making use of counting windows. In contrast, the ZnS:Ag layer on the EJ-444 is made just thick enough to stop all common alpha particles while allowing many low energy betas to pass into the plastic scintillator layer for detection. C-14 betas may be detected with moderate efficiency.

The plastic scintillator component is usually kept quite thin in order to minimize gamma sensitivity. This allows even energetic betas, such as those from P-32 and SrY-90, generate pulses grouped in a fairly narrow amplitude region that is below the amplitudes of over 95% of the alpha pulses generated in the ZnS:Ag layer.  The standard thickness in EJ-444 is 0.25 mm, but it is also available in greater thicknesses of which 0.5 mm and 1 mm are typical. Thicknesses less than 0.25 mm are also available. The EJ-444 alpha detection efficiency is essentially the same as achieved with bare plastic scintillator.

To give an indication of the beta detection efficiencies of EJ-444, counting comparisons were made between bare 0.25 mm thick EJ-212 and EJ-444 made with an identical EJ-212 component. The bare plastic scintillator is considered to be a reliable reference for maximum detection of the radioactive particles investigated. The results are highly uniform from batch to batch, and typical values are presented below. 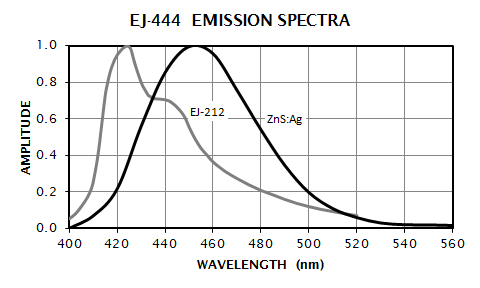